Gregg and RFG took their turns yesterday. Unfortunately Gregg, started out ok, but was able to join the rest of us at Noodles in the Bellagio for dinner. RFG did a good job surviving the day, making new friends along the way and rattling the cages of the competition. Here is his color:

Made it out of day 1 with 53k after a fairly wild ride, as low as 20k couple of times and peak was 68k, good table but couldn’t complete some key hands, should have been more :). Dweight Pilgram made the mistake of saying to me, an hour into joining our table on my immediate left and jawing a lot back and forth a bunch, that he’s a "world class player" and was going to "break me down"…I said "Son, we’ll see who breaks who down", and he got sent home after I put the lad on serious tilt :). Doing the lord’s work here, right?? :))

Day 2 starts off with MT and Perlmutter at the same table, Ben sitting at a table with former fellow 2009 final table member Kevin Schafel (whom MT bought 4% of his action, long story) and Paul on his own somewhere. MT has over 60k in chips, Ben over 40k, with Paul and Dave floating around 20k and 10k respectively. Big day boys, hope you survive and thrive.

Paul noticed Begs and league got a shout out on ESPN blog. Check out below.

Click Here to See NCPT Members on the Rail for RFG 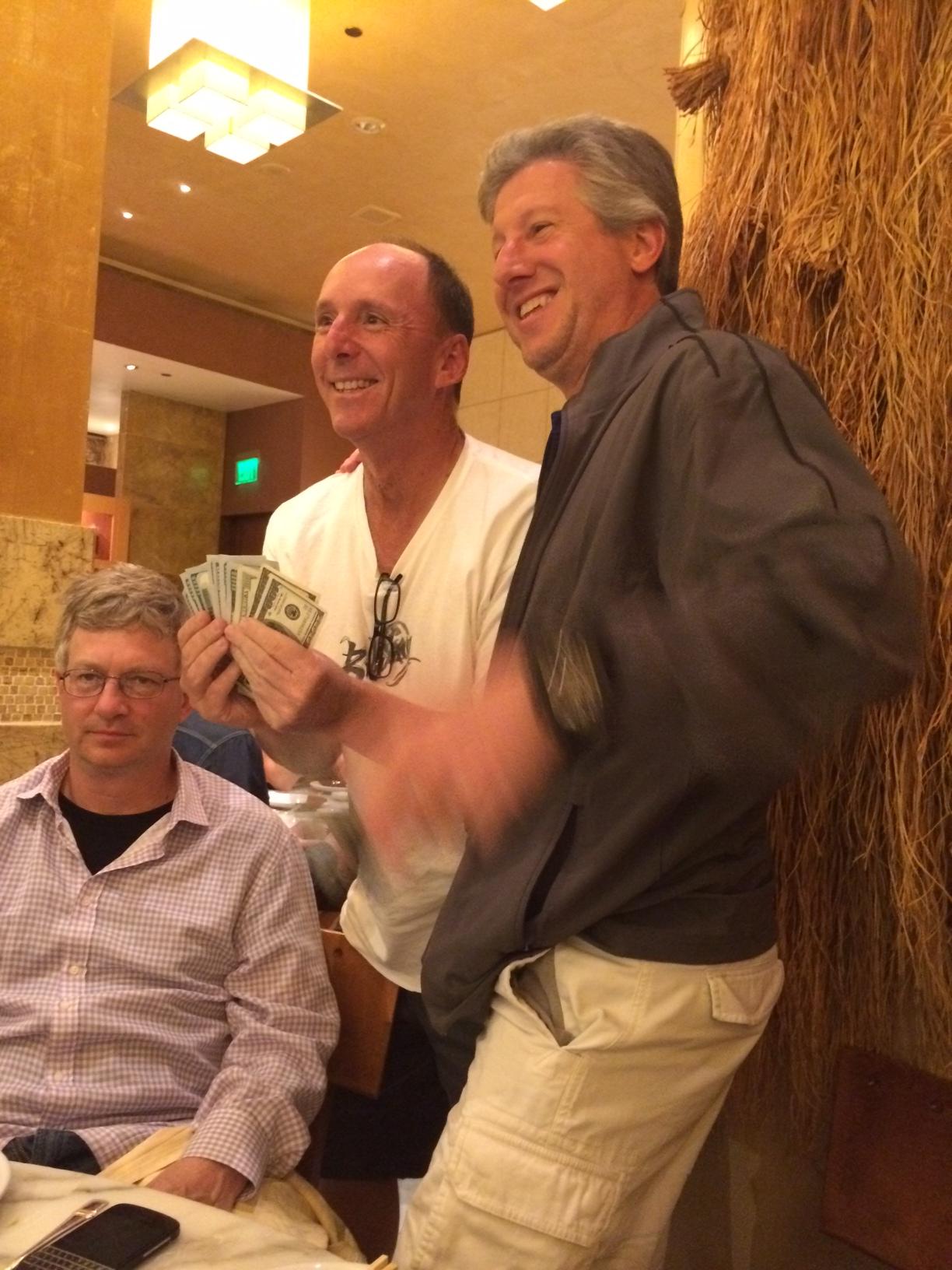 For the last several years, Gregg Hamerschlag has donated a large tv as the grand prize for UJA’s Sports Talk Texas Hold Em after party. Each year the tv seems to get bigger.  This year it was a whopping 60″ Sharp.  In addition to being the long term co-chair of the event, I was this year’s winner.

Last year’s winner, Ben Blumberg, set a wonderful precedent of donating it to one of UJA’s donor agencies, a shelter in Brooklyn that had been wiped out by Superstorm Sandy.  Although we don’t have a tv quite as large as this one, we do have a couple of really nice flat screen tv’s in the house already, so there was no question in my mind that I would follow Ben’s lead. I suggested the Pleasantville Cottage School to UJA’s Nora Shapiro, and she was able to arrange it. It took a while for all of our schedules to synch, but we finally were able to bring it last week. It is going in their rec room, which really needed a big tv. Someone issued a press release and the Chappaqua Daily Voice picked it up.  Click here to see the article.

Originally founded as an orphanage for Jewish children, Pleasantville Cottage School has evolved into a residential treatment program for mostly inner city kids coping with a range of issues from emotional and physical abuse to drugs.  It’s hard to argue with their motto: Every Child Deserves to Grow Up Hopeful.