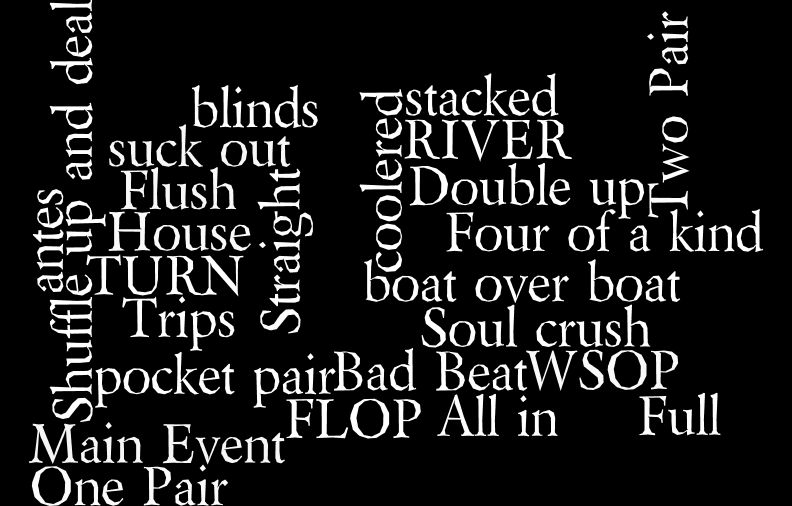 I know a guy who knows a guy that tells me our buddy Flopthenuts is taking action on the upcoming season. Here is the line:

Anyone can be shorted at the win odds plus 12 points.

Let me know, and we can hook youse guys up.

After taking most of last season off from reporting here on ShitImProudOf.com, I hereby resolve to be a more conscientious correspondent. We’re also opening up these pages to you for your literary contributions. Furthermore, any emails sent to the league general distribution list are fair game for reproduction here.

So the first game is on 9/17 at Trump, 730pm start time – please let me know if you cannot attend.  I will be bringing snack.

Second, here are league fees – $300 membership fee, $60 per game fee, with members pre-paying first nine games for $540.   Tournaments will remain $300 buy-in, with one re-buy allowed through first few buy-ins.  We have 21 players, and this total should raise us around $18k. That will be enough to cover WSOP buy in, a 5k second prize, some travel expenses, and money for new supplies.

I think 21 players is the ideal size for deeper games, so if anyone on this list wants to drop for any reasons and with no hard feelings, please let me know ASAP.  Still time for me to try and get a couple of players.

Finally, I think I might take some league money and buy Robert Ginsburg’s table.  That means I can offer our blue felted  table with wood race track table cheap.  Anyone interested?

Official term sheet below, unless I hear otherwise, I will take silence as acceptance.
New Castle Poker Tour 2016 Term Sheet

Membership Privileges:  Only members can qualify for year-end TPC and can share in the winnings of the League Champs. In addition, all members have first right of refusal for monthly tournaments for a period of up to one week prior to a schedule game.
Membership Fee:  $300 membership fee plus $540 pre-pay of Contribution to year-end pot to be applied to first nine tournaments.  Members playing more than nine tournaments will contribute another $60 to the year-end pot for each game played.

Multi-Table Points – Members finishing in 1st-through 10th place will be receiving points in the following manner:  13 points to 1st place, then 10 to 2nd, followed by 8, 7, 6, 5, 4, 3, 2, and 1.  Each place point will be  multiplied by the square root of number of players at the tournament –so tournaments with more players have more points available.

Non-members finishing in a point slot will take the point slot away from a member.

TPC Qualification:  Top 10 point holders from regular season will qualify for TPC.  If there is a two-way tie for 10th place, TPC will be expanded to 11.  More than a two place tie will be determined by a coin toss.  If a member cannot make TPC, next place finisher in league qualifies for TPC.

Tournament of Champions Format (TPC):  For those who qualify for TPC, their regular season point totals will be converted to chips and our TPC Champion will be that tournament winner.  Points will be converted into chip totals in a manner determined by Commissioner, and will reflect regular seat point total rankings. Chips may be added for Kills, Average Finish, and Profitability, but those will be determined by Commissioner over course of the year.

TPC Champ – Should receive ten thousand dollars, which they must use to buy into a tournament at casino of their choosing. Anything they win in that tournament will be shared with league membership as follows: 30% of the first $200 thousand dollars in prize money and 20% percent on incremental prize amounts above $200 thousand dollars will be shared with the League.  Any amounts received by League will be split equally among league members not inclusive of Champ.   This award should be used in approximately one year from receipt or will be returned to League at request of Commissioner.

Additional League Prizes- Any prize to be awarded other than to TPC champ will be determined over the course of the year by Commissioner.

Members can receive multiple awards and all terms of each award are additive; but no one member can receive more than the TPC Award.  If Awards are used towards higher buy-in tournaments (i.e. Member provides own money towards tournament), the league membership percentage cut will be adjusted appropriately.

Cancelled Games – games that are canceled due to weather or force majeure will be re-scheduled on a best efforts basis by league commissioners.  Re-schedule games require the presence of 14 members to qualify as a normal league game.

League Commissioner has the ability to change all terms and modify rules continued herein for the betterment of the League, and has the right of fining or dismissing members for behavior not favorable to promoting an enjoyable playing atmosphere.

By joining the league, you agree to all terms and conditions stated herewith, and you also agree that all League matters or conflicts to be adjudicated by league commissioner.